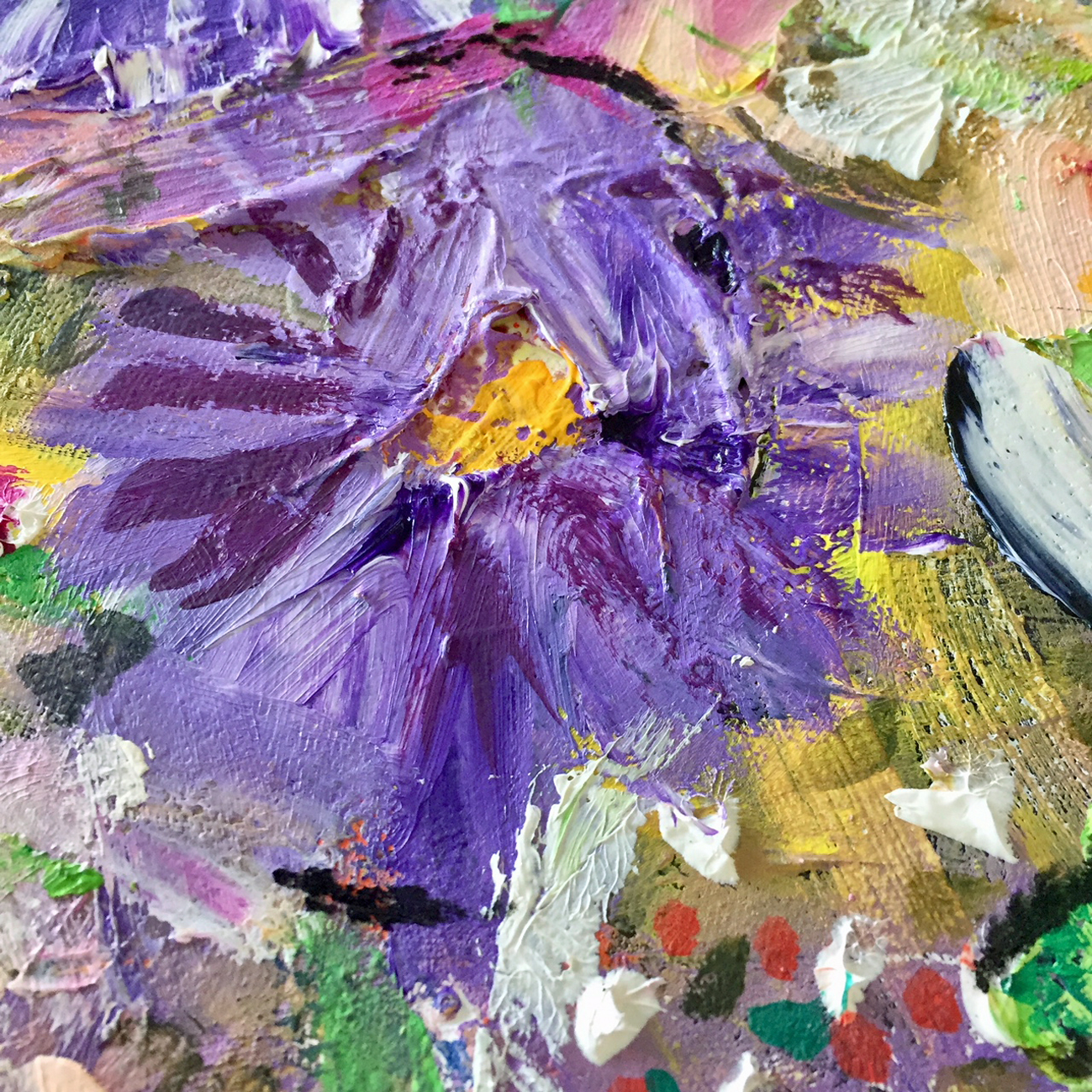 Find the film on the exhibiton below and enjoy the unsual perspectives taken of Sabeth Holland’s works in her studio!

The selected works and their details, here below, evoke feelings of joy and happiness, and illustrate Sabeth Holland’s lightness of being. These days they are all in private collections in Switzerland, Liechtenstein, Austria and Germany. The fact that their youngest owner is not yet thirty and the oldest just about to turn ninety, emphasizes the timeless appeal that all the Holland artworks have in common. 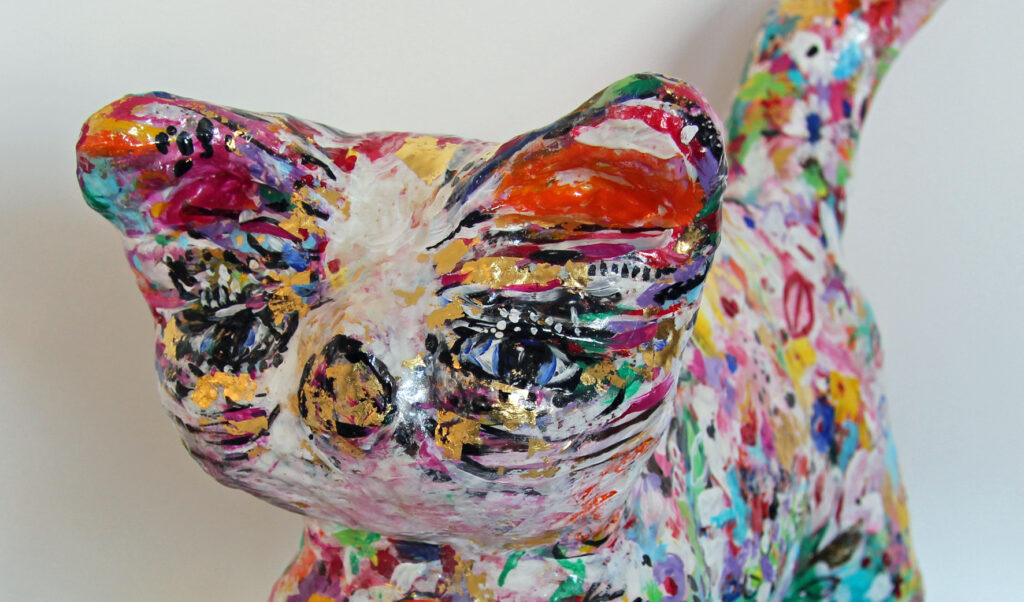 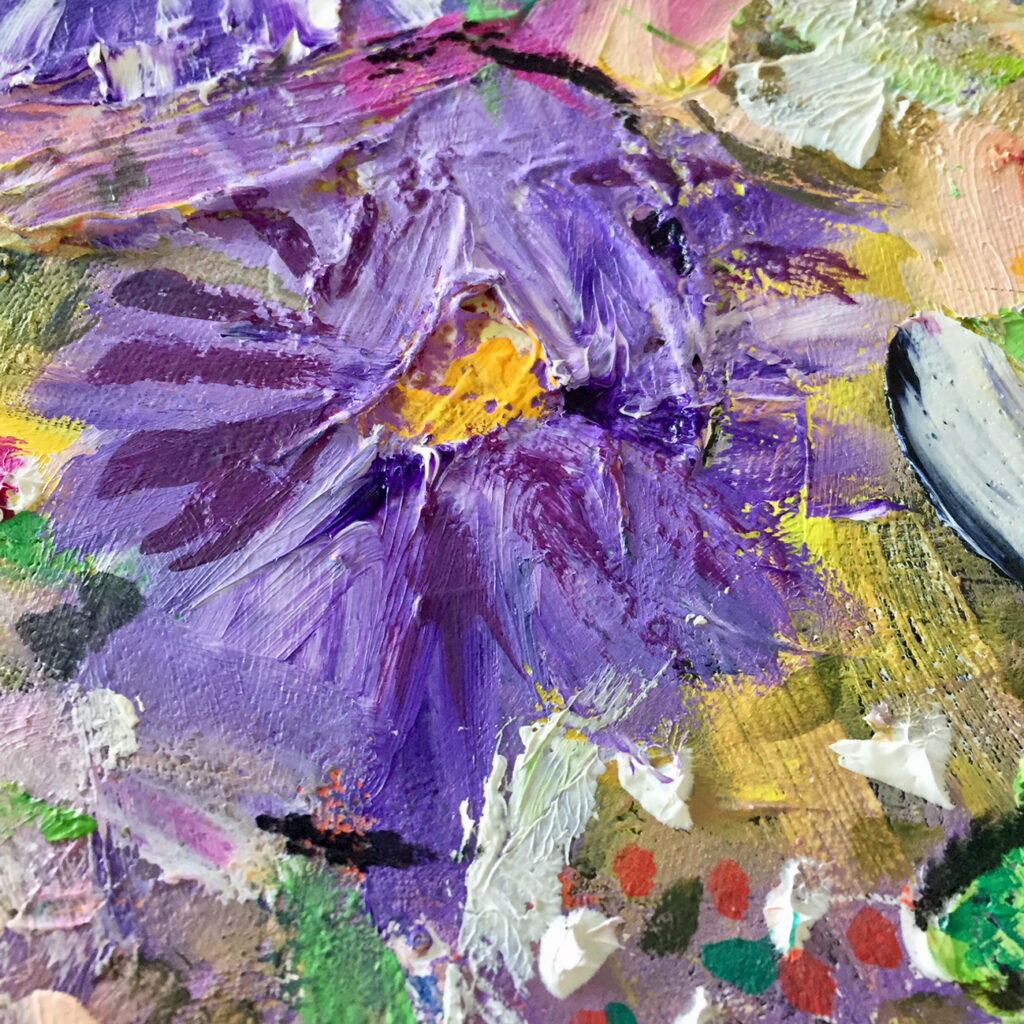 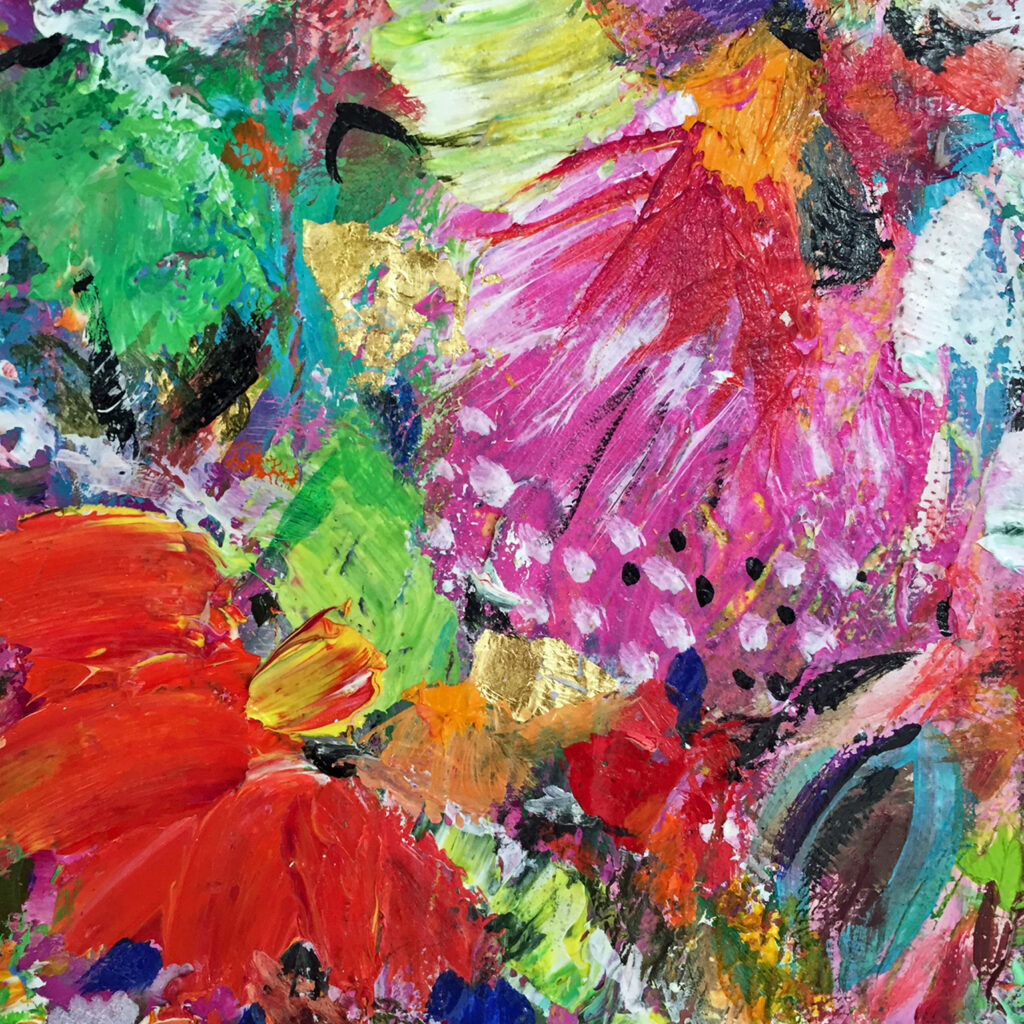 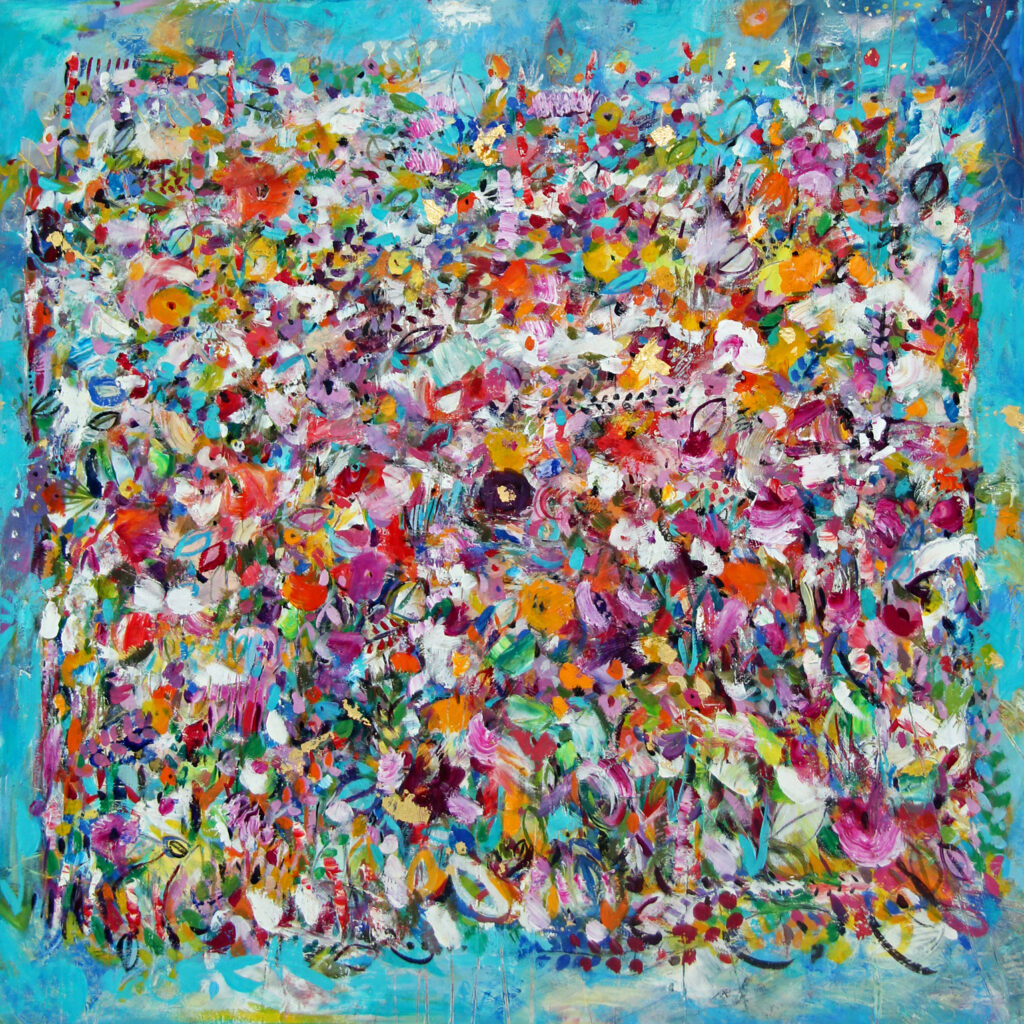 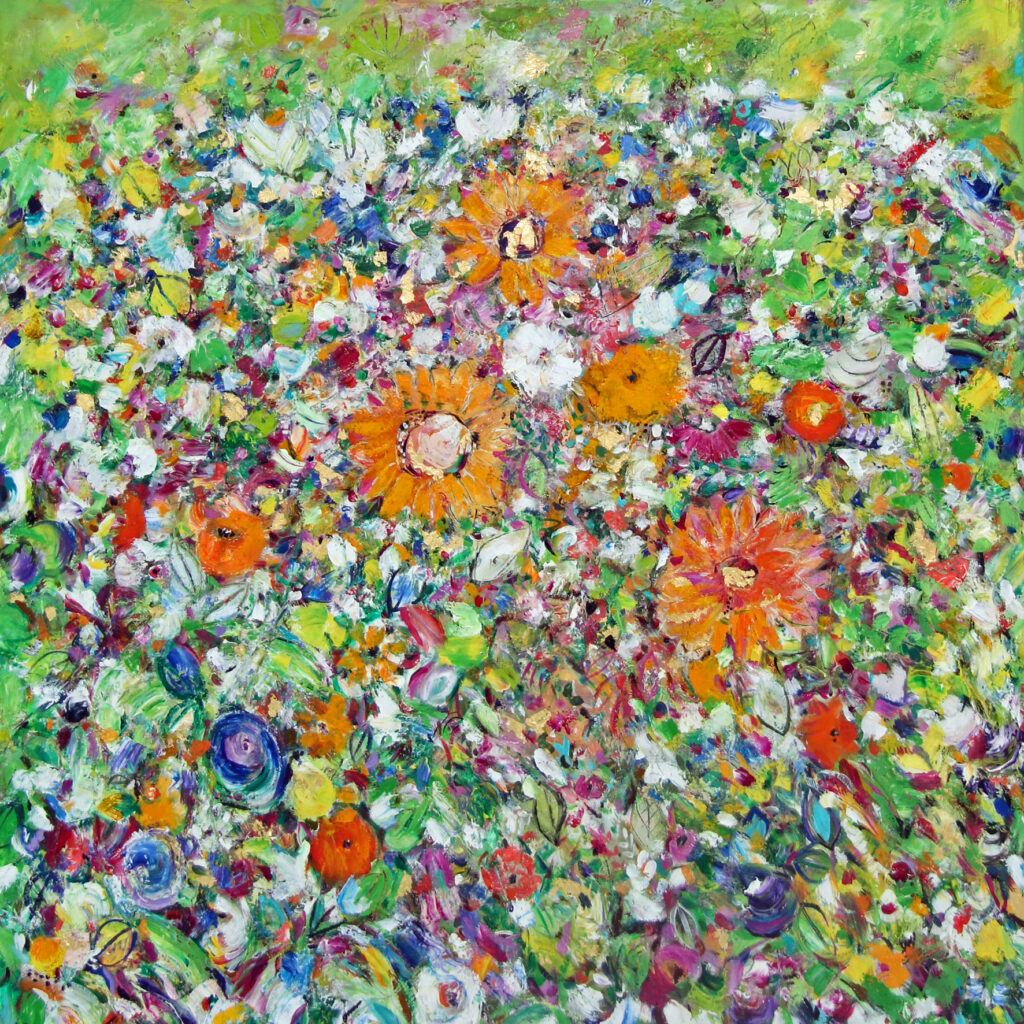 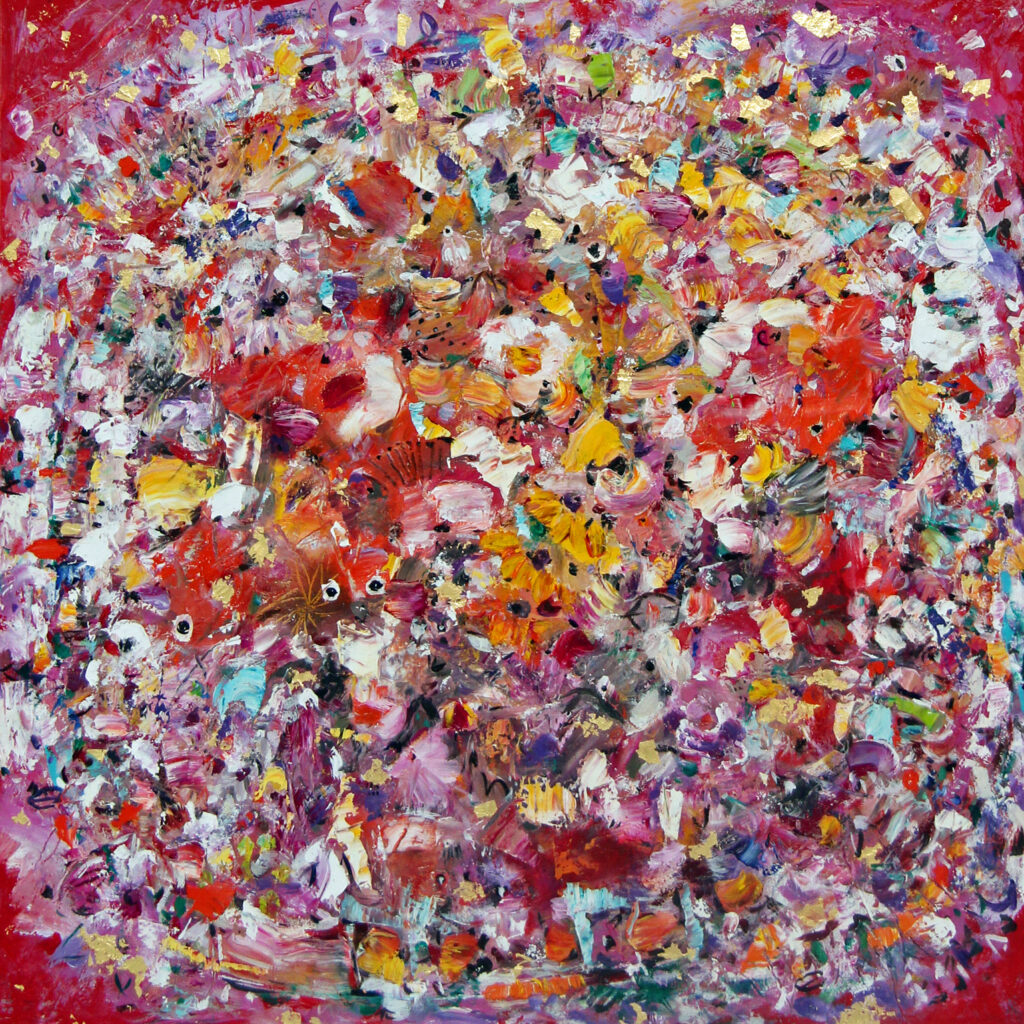 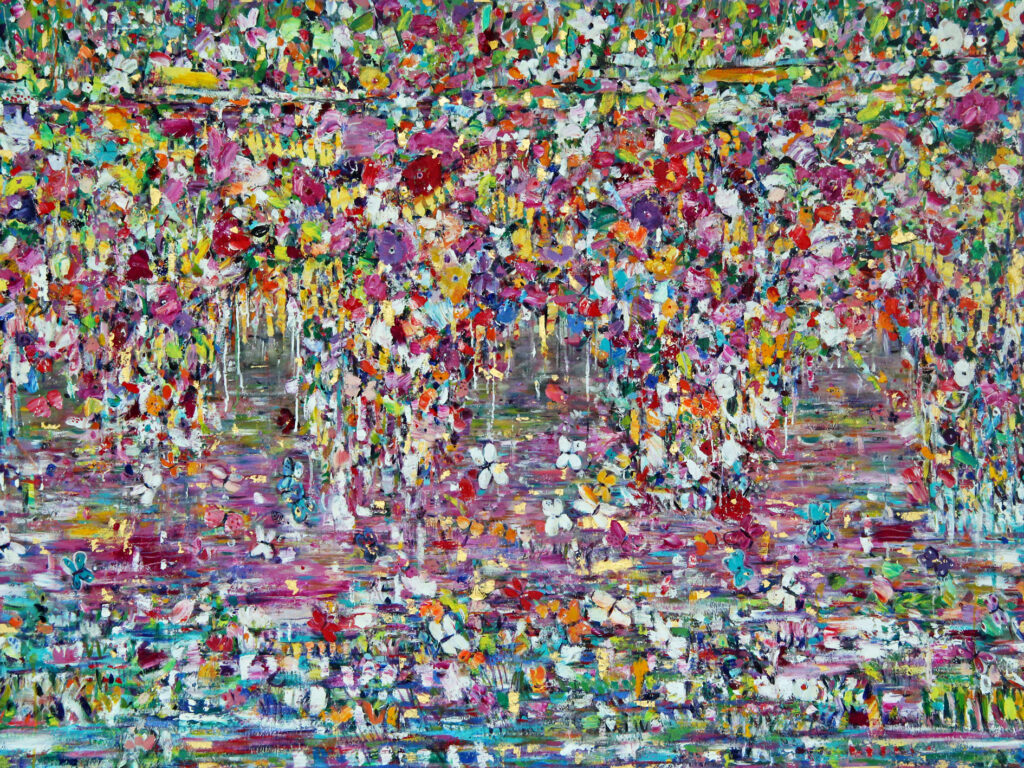 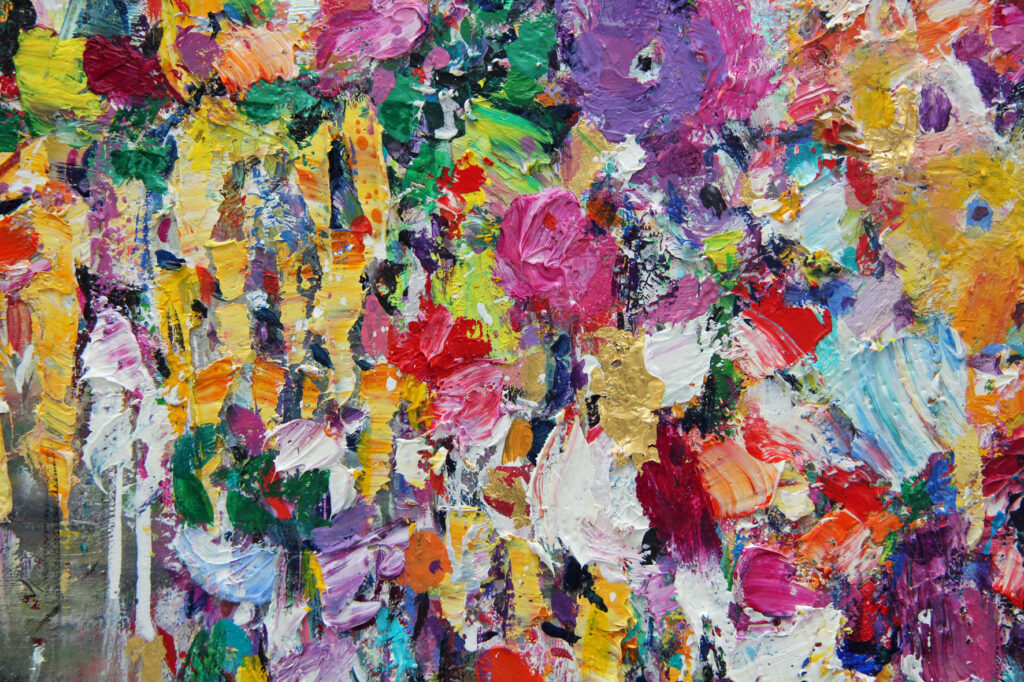 The artist and the gallery are connected in long lasting and successful collaboration. – It was Werner Gamper of Galerie Altesse Liechtenstein who saw Sabeth Holland’s potential already in 1994, when he invited her to a participation at the reputable Kunstmesse Bregenz Austria in 1995, followed by a solo exhibition in his gallery in 1996 in Nendeln. Ever since the Galerie Altesse Liechtenstein represented Sabeth Holland at further art fairs in Bregenz, Innsbruck, Vienna and Geneva. They showcased her in many more solo and group exhibitions in Liechtenstein, Austria and Switzerland and made sure that numerous detailed articles in artmagazines were published on her.

In 2001 her first artbook – Sabeth Holland p.j.j.n.h. – which was published by Edition Galerie Altesse, accompanied her third solo show at the well known Galerie, won the award of the Kulturbeirat Liechtenstein, with presentations at various bookfairs by invitation of the principality.

Sabeth Holland on their friendship:
«Just like every artist I am deeply thankful to my first gallery owner and mentor, Werner Gamper. But I am also very happy to say that in 1996 he and my friend Dolores fell in love with each other on the openening night of my first solo show in Liechtenstein. It was the two of them together, who have led the gallery to its full bloom, and I am grateful and proud to have shared so much of that journey with them.»